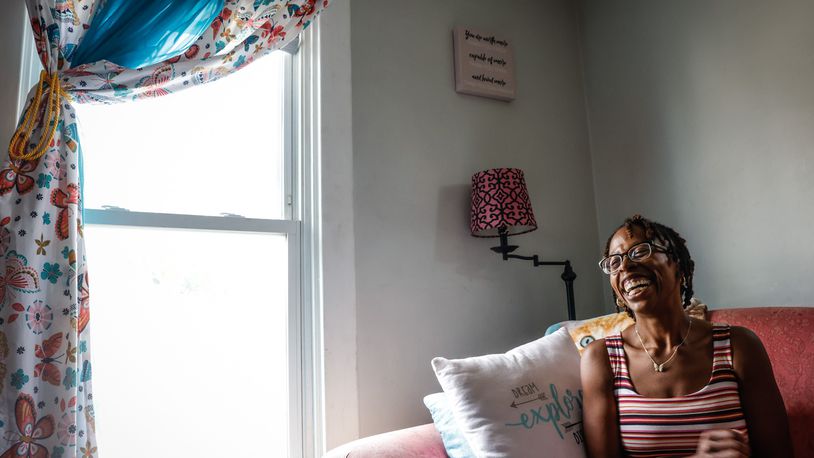 When Christa Hullaby left her abuser in 2004, it was not the end of her experience with intimate partner violence.

Hullaby would go on to endure over another decade of stalking, intimidation and abuse from the same individual before he died in 2019.

“It was basically me fighting for my life every day,” Hullaby said.

A Dayton Daily News investigation found cases like this are increasingly being reported. The number and severity of calls to local agencies that provide resources to victims of domestic violence skyrocketed as pandemic restrictions were lifted — calls for the Artemis Center to help file civil protection orders jumped 42% in the second half of 2021 — and remain high.

Meanwhile, changes to federal policy reduced the largest funding source many of these agencies rely on in recent years, forcing them to cut staff or seek donations to meet this increased need. While new legislation was approved to help fix the reduction in funding, advocates say there is still a need for more federal funding, grants, donations and volunteers.

Hullaby first met her ex-partner in 2000, and she recalled how her first argument with him happened when she started studying at Wright State University. Their relationship took a difficult turn when she got pregnant with their son. Hullaby described how he became more controlling, as well as how he became more physically violent.

After she gave birth to their son, Hullaby said the controlling grew worse, explaining how he viewed her as “property.”

When children services became involved, she decided she would leave the relationship. She did so in May 2004, and by August 2004, she was able to get a protection order against him.

“That’s when he tried to break into my house,” Hullaby said.

Hullaby’s experience spanned nearly two decades, during which she would move from Dayton to Cincinnati seeking more safety, and says she had limited success in working with law enforcement to address her situation. Hullaby continued to renew her restraining order against her abuser until he died.

“I’m nobody’s victim. I am a survivor,” Hullaby said.

Hullaby’s story of surviving domestic violence, also called intimate partner violence in order to refer to both current and former spouses and dating partners, is an experience approximately one in four women and one in 10 men will deal with some version of in their lifetime, according to the U.S. Centers for Disease Control. 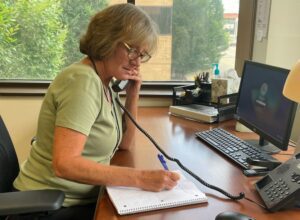 What local advocates are seeing

From July to December 2021, instances when advocates from the Artemis Center helped clients petition for civil protection orders increased 42% over the prior six months, according to the center’s 2021 annual report. The center’s walk-ins, which are unscheduled appointments, increased by 71% for the same period.

In 2020, it was radio silence for local organizations when the COVID-19 pandemic first hit and the state implemented stay-at-home orders. Calls to the 24-hour Artemis Center domestic violence hotline slowed down.

“Survivors were stuck at home with their abusers and unable to make calls,” said Jane Keiffer, executive director of the Artemis Center. “Once that stay-at-home order was lifted, calls started to increase.”

They also use a web-based chat called Resource Connect at www.artemiscenter.org/chatnow, and those chats have also increased. 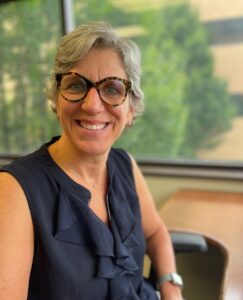 Stress caused by rising costs, inflation, gas prices, or a lack of other resources could be exacerbating situations of domestic violence, such as by making it more challenging for survivors to leave and become independent.

“You’re having that challenge on top of living with violence,” Keiffer said.

Keiffer was not able to speculate on what is causing additional physical violence.

Miranda Armstead, a rural advocate with the YWCA Dayton, said they are seeing increased reports of violence when survivors come to them for help, as well. Armstead, who covers Preble County and rural Montgomery County, also noted threats with weapons, higher level of physical harm, and strangulation.

YWCA Dayton, which has its own hotline separate from the Artemis Center, is seeing a steady number of calls come in, which are lower than the numbers they saw prior to the COVID-19 pandemic but still appear to be increasing to what it was before the pandemic. The YWCA’s hotline received approximately 8,042 calls and 7,263 calls in 2018 and 2019, respectively, while receiving 5,558 calls and 6,025 calls in 2020 and 2021, respectively. From the beginning of 2022 to the middle of September, the YWCA received approximately 4,900 calls. 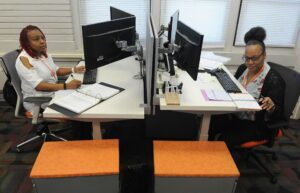 Local law enforcement is also continuing to see regular calls for service in regard to domestic violence. Montgomery County Sheriff Rob Streck said it seems domestic violence calls to his office dropped during the pandemic.

Streck said it can be difficult to determine the exact number of domestic violence calls they receive due to some calls for service first coming in as noise complaints or disorderly complaints. When deputies get to the scene and begin investigating, then they may find out it was actually domestic dispute of some sort causing the issue.

About 1,800 domestic violence calls were received by the sheriff’s office last year, data shows, and about 950 calls have been received this year.

“We know there are individuals that are being abused or being threatened in other ways that are not letting their friends know or not calling 911, so what we try to do there is work with other agencies,” Streck said, mentioning the Artemis Center and the Montgomery County Prosecutor’s Office has other agencies they work with to assist survivors of domestic violence.

The Family Violence Prevention Center of Greene County also reported seeing a small bump of 45 additional calls to its hotline in 2021 over 2020. Executive Director Debbie Matheson said there were more survivors looking to find out what their options are from a neutral party.

The Family Violence Prevention Center also provided emergency shelter to 225 people, representing 128 households and 8,900 nights of safety in 2021. The center serves approximately 7,500 people a year in the areas of prevention, intervention, outreach and safe housing.

The agency took a hit with reduced funding from the Victims of Crime Act (VOCA), which is a federal fund that provides financial support to state and local programs that help victims of crimes. The funds are dispersed to agencies through states’ attorney general offices, and the funds come from fines paid from individuals convicted of federal crimes.

According to the National Network to End Domestic Violence (NNEDV), VOCA funding has gone down since 2019 due to shrinking deposits and subsequent declines in the crime victims fund. The declines are due to prosecutorial strategies that have changed over the last decade.

The VOCA Fix Act, which President Joe Biden signed into law in July 2021, amended the law to deposit penalties and fines from non-prosecution and deferred prosecution agreements into the crime victims fund. NNEDV says it will take time for the fund to reach 2018 levels, so appropriations for state and local agencies will remain low.

NNEDV is asking for continued federal funding for VOCA, as well as urging supporters to ask Congress to reject proposals that use the VOCA fund to pay for other Department of Justice programs since that reduces funding for direct victim services.

The Family Violence Prevention Center responded to this reduced funding by cutting back on staff and relying more on volunteers.

YWCA Dayton, which also saw reduced funding, did not have to make any cuts to staffing, but they had to accommodate those gaps with additional donations and grants. According to the YWCA Dayton, VOCA is the largest source of federal funding for domestic and sexual violence services in the country.

“YWCA Dayton, which receives more VOCA funding than any other YW in Ohio, experienced a 34% decrease in VOCA funds for the 2021-22 year and a 37% decrease the year prior. This year, we anticipate flat funding in the award that will be issued in October,” said Nadia Boquist, assistant director of compliance. “These dollars are used to support critical frontline staff working with survivors across YW’s shelters, hotline, and housing programs. Every day, upwards of 100 women, children, and families are helped by YWCA Dayton.”

For survivors, the trauma of going through a domestic violence situation can be lifelong.

Hullaby, who has since returned to Dayton, was able to utilize her experience to help other survivors going through similar experiences, launching an online resource called Mentally Expressive to raise awareness about domestic violence, give a voice to survivors, and provide life coaching. Through launching this resource, Hullaby was also able to help a survivor leave an abusive relationship last year.

“It just prompted me to try to make people aware of domestic violence,” Hullaby said.

Caption
Domestic violence, or intimate partner violence, is common, according to the Centers for Disease Control. About one in four women and nearly one in 10 men have experienced contact sexual violence, physical violence, and/or stalking by an intimate partner during their lifetime. CONTRIBUTED
How to get help

Local hotlines and resources are also available through the Artemis Center, the YWCA, Project Woman, the Family Violence Prevention Center, and other local advocacy groups.

YWCA Dayton operates the only domestic violence shelters in Montgomery and Preble counties, as well as its own 24-hour hotline at 937-222-SAFE (7233).

The crisis line for Project Woman in Springfield, which serves both Clark and Champaign counties, is 800-634-9893.

SAFE on Main, formerly the Abuse and Rape Crisis Shelter, in Lebanon serves Warren County, such as through shelter, legal advocacy, sexual assault response, and a prevention division. SAFE on Main’s crisis hotline is 888-860-4084.